Where did this month go? Sweet Luke, I am so glad you are mine. You bring such joy to so many people and you have the best little personality! 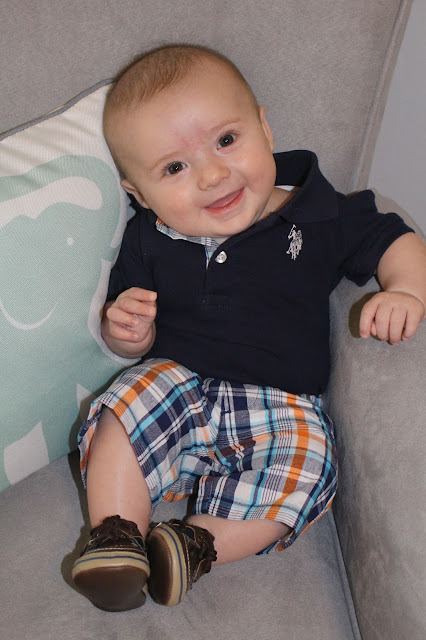 Diaper Size: We are still squeezing into size 2 diapers, but not for much longer. Just trying to finish up these last few open packages.
Clothing Size: 6 and 9 month clothes!

Health: We have had a few stuffy/runny nose incidents lately… boo
Sleep: Well, we have moved Luke into his nursery and has been pretty decent sleeping. We have had our nights, don’t get me wrong, but for the most part, he has been sleeping through the night in the crib or rocker (when he is feeling crummy). 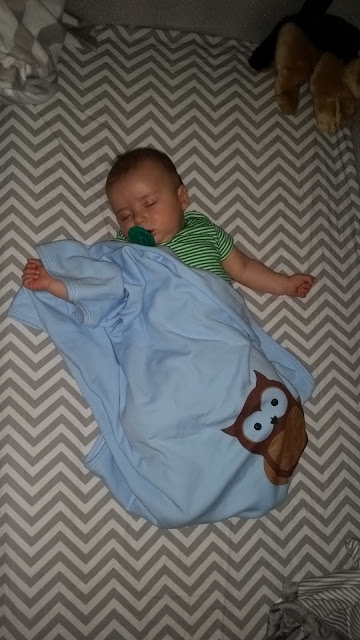 Diet: Formula with an occasional bottle of breastmilk that had been stored in the freezer. He has also had a few tries at the whole rice cereal thing, and we are still practicing eating from a spoon!

Loves: Luke loves eating, playing on his activity mat, his hands, “talking”, being tickled, “jumping” when someone is holding him, and walking around. He has also been eyeing those cell phones a lot… 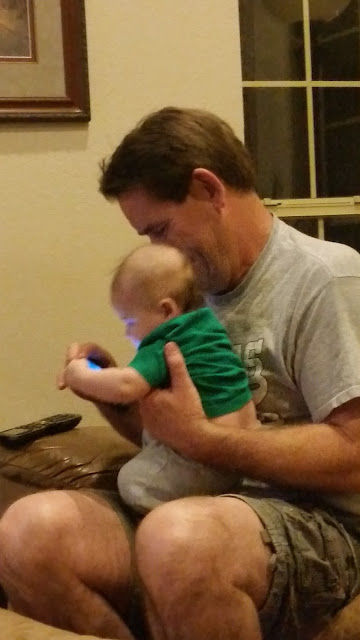 Other Random Things:   Luke is doing better sitting up on his own, but still hasn’t conquered that whole gravity thing yet.

Luke is finally big enough to lay in his baby tub without the little sling to hold him and he absolutely loves kicking and splashing while taking a bath.

He has also attended more Aggie and Dragon football games and is considered our “good luck charm” when he is in Kyle Field because we have yet to lose a game while Luke is in attendance. (He stayed with Gigi and G Daddy during the whole Alabama debacle). 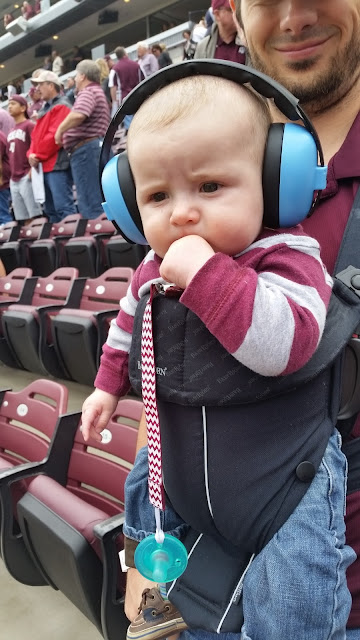 This past weekend we celebrated Luke’s first Halloween with his bestie/cousin Madelyn in College Station. We did a little dress up earlier in the week since we were going to be tailgating all day Halloween.