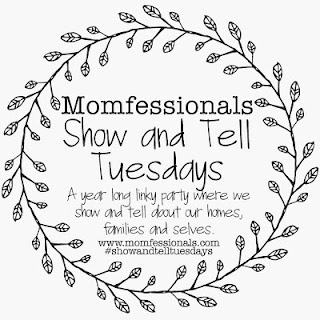 I’m linking up again with Momfessionals for Show and Tell Tuesday! This time we are supposed to be sharing a fun or scary Halloween story. I really don’t have any fun OR scary stories to tell so I figured it would be fun to show some of my Halloween costumes from years past… 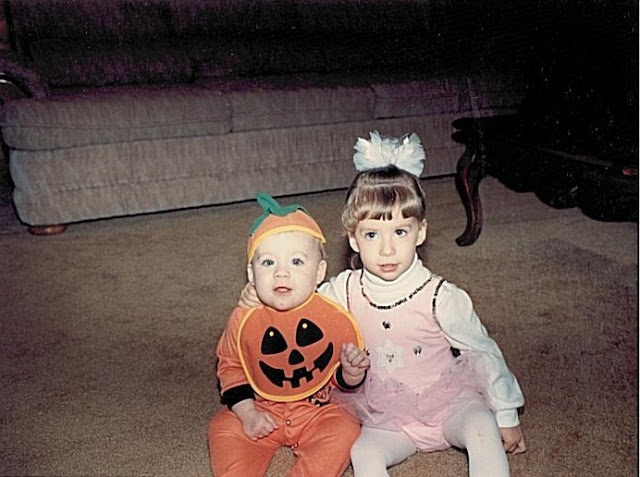 This was my third Halloween I believe…I was a ballerina and Mariah was the cutest (chunkiest) pumpkin! 🙂

From one year to the next…I was a bunny and Mariah was the Ballerina!

Huge thank you to my cousin, Lauryn (aka Indian Princess) for this Halloween 1993 pic… I am the blue princess and Mariah is the pink princess, Natalie (the one we threw the baby shower for!) was Jasmine?, and Dalton was a Sheriff? When we were little we would all go to my Grandma’s house for Halloween!

Here’s a better pic of our costumes…my mom made them! 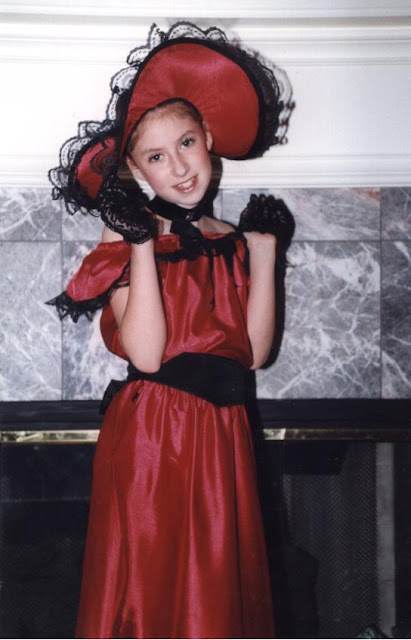 This was probably 4th grade… I was Scarlett O’Hara. I LOVED anything southern belle for a long time… I still do obvs hence my blog name 😉 Oh! and look, I did the off the shoulder look before it was cool…

Halloween 2008, I was Little Bo Peep and David was a Traffic Cone…that he stole off of the road.

Halloween 2010.. I was a sailor girl and David was…Darth Maal?

Halloween my senior year at Texas A&M with my fellow Aggie Recruitment Committee Execs! I was “The Typical Sorority Girl”: Oversized T-Shirt, Leggings, Ugg Boots, Neon Cap. Doin’ the “Sorority Squat”. I’m not hating on all the sorority girls out there; I had so many friends in Greek Life, and heck, I was in a service sorority (totes not the same though)! 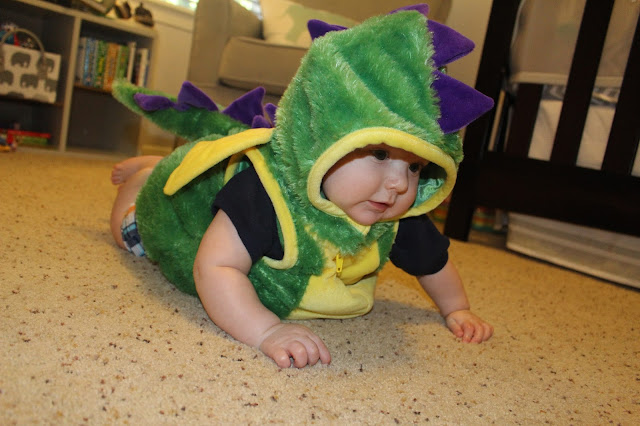 Last year, I didn’t dress up, but I dressed up this little stinker! Luke was a dragon and we didn’t really go out or anything but I’m looking forward to dressing TWO up this year. 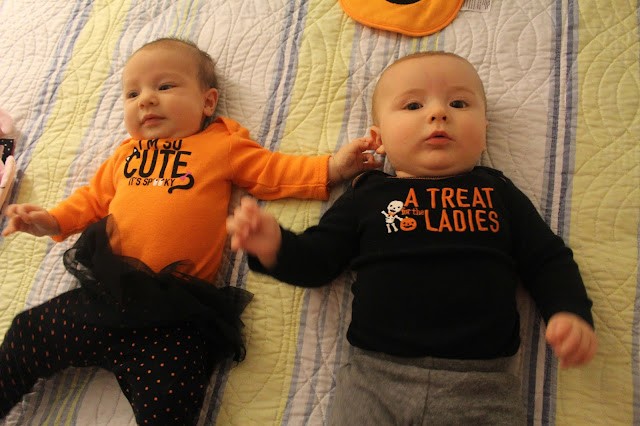 Luke and cousin Madelyn. They were so tiny!