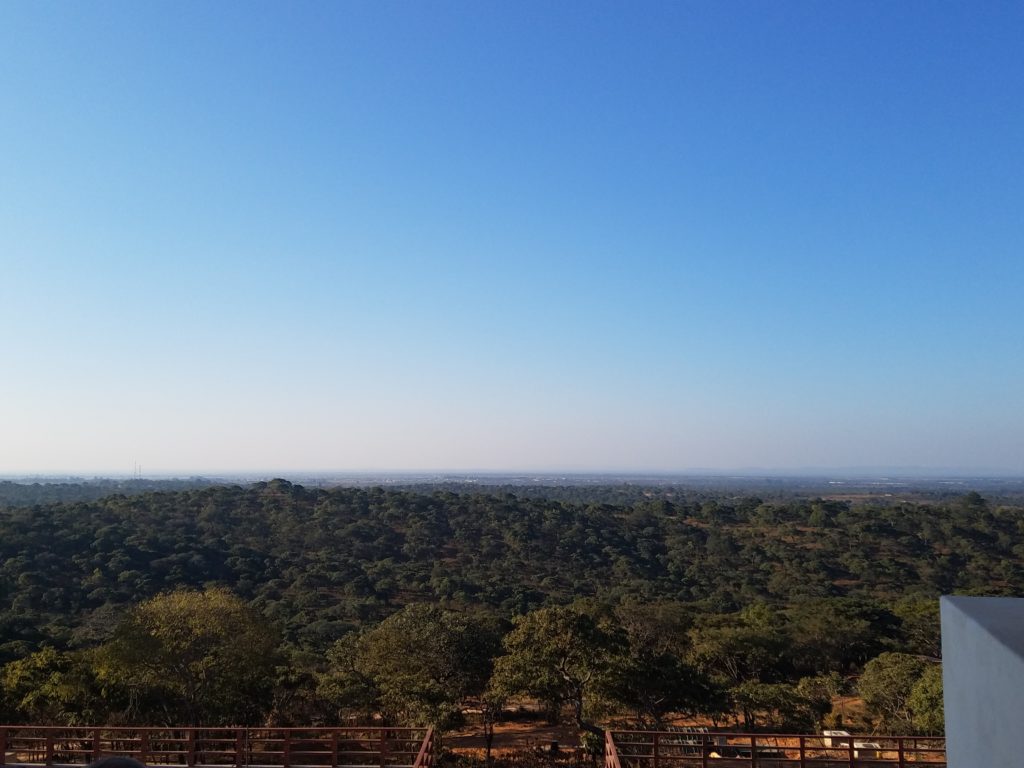 This is one of the incredible views we got to see for a week. Zambia is pretty darn gorgeous. 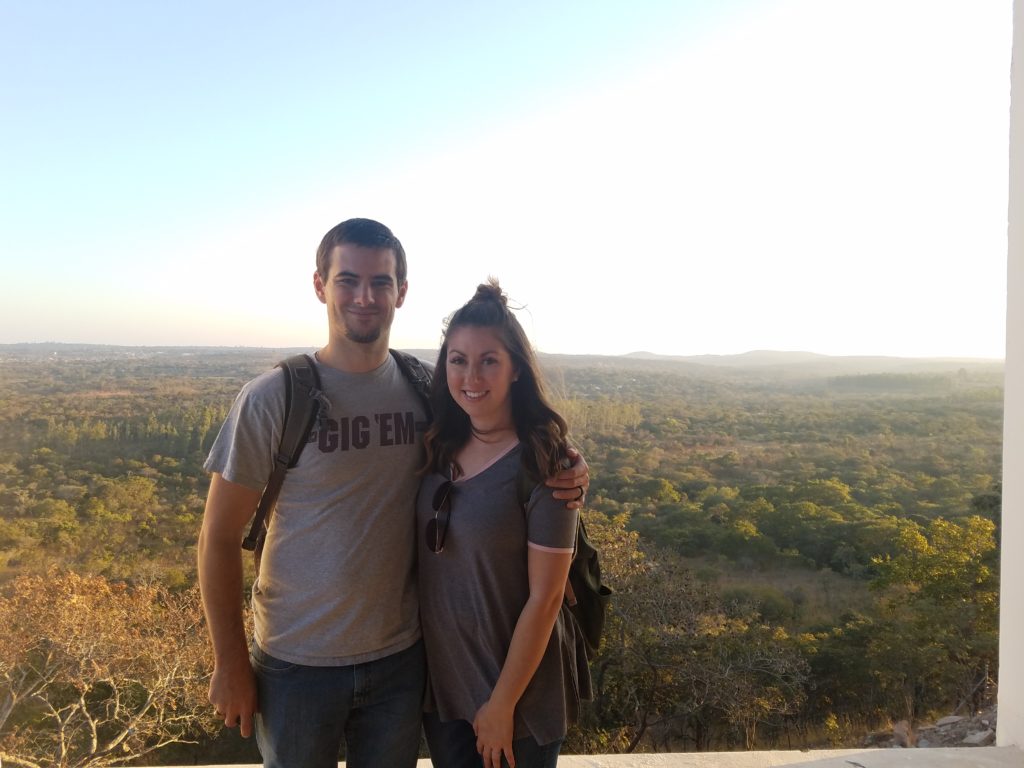 In case you missed my previous post about our Zambia trip, check it out here! 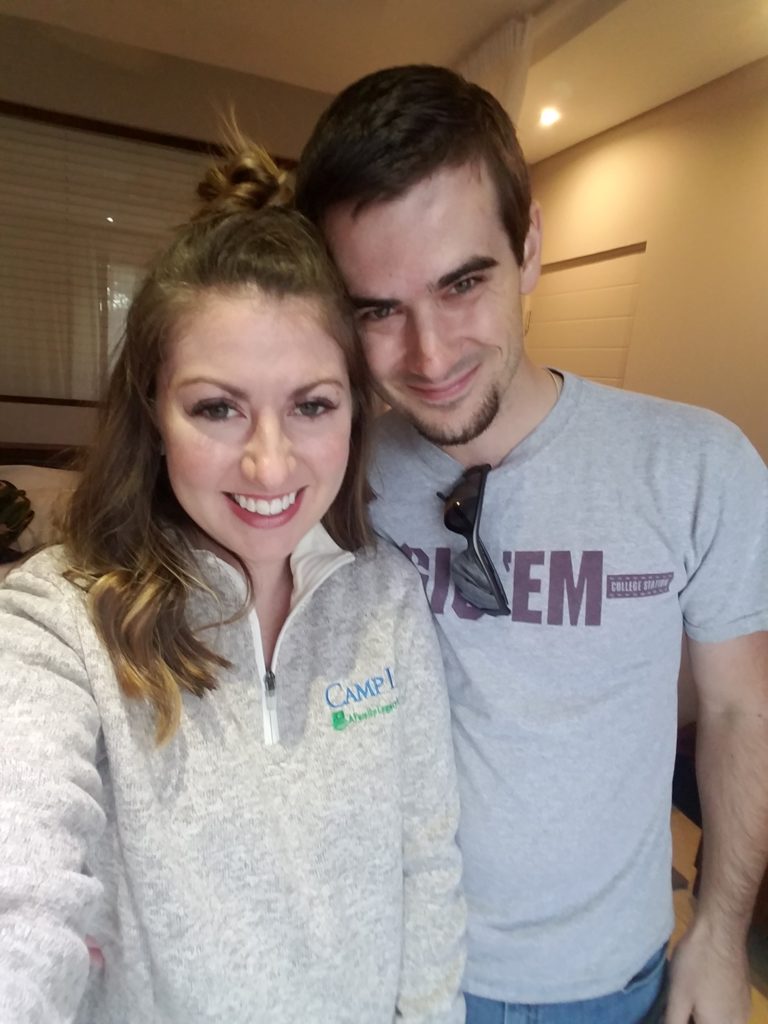 Monday morning, we woke up and were put on buses to tour Lusaka, Zambia. We were able to see a lot of the city – from the President’s house and the U.S, Embassy (both are illegal to take pictures of) to the compounds (ghettos) of the city. We went to a particular compound with a Legacy Academy school and got to visit some classrooms with students. Driving into that compound, there are TONS of kids just running around and the second they saw the buses, they were SO excited, waving and following us shouting, “Mzungu!!” which means “White Person!!”. It just broke my heart seeing the conditions these little ones live in. They are absolutely filthy and there is trash everywhere. Our tour made history though – this was the first time in all of the years of Camp Life that a bus broke down on the tour. We were stopped for close to an hour sitting in a parking lot and lost out on time checking out a local mall. I don’t really think we were missing out on much though! 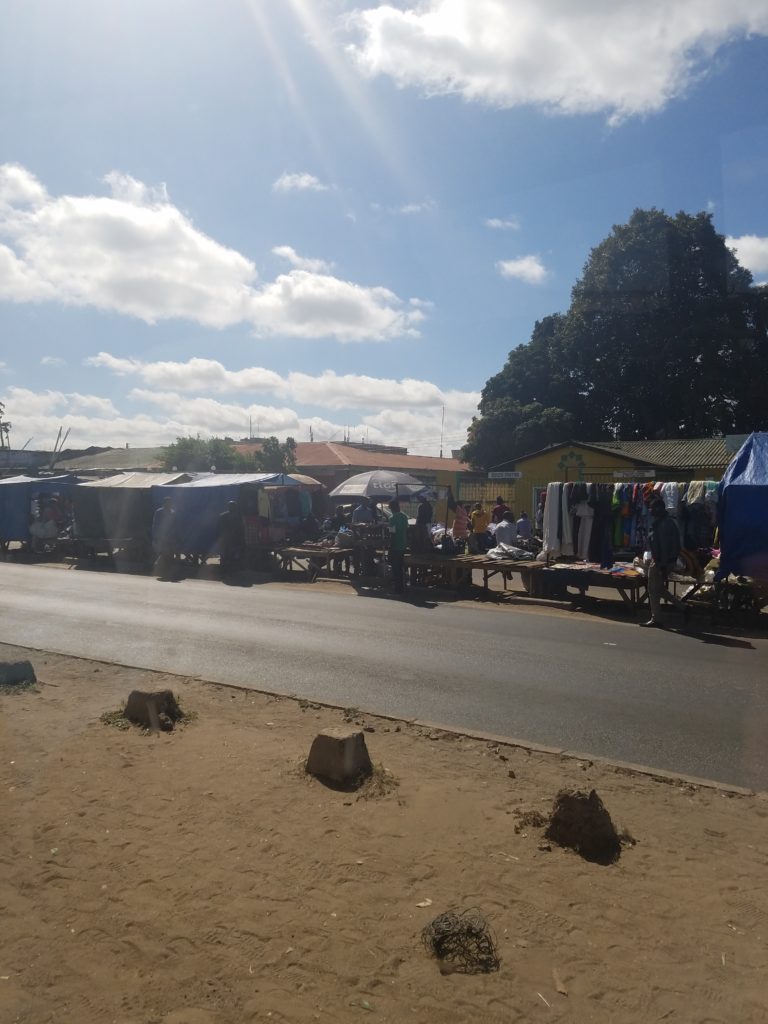 After our tour, it was time for us to meet our 10 kids for the week. I was SO nervous because I really had no idea what to expect. Was I getting boys or girls? What ages am I getting? Are they going to like me? Insecure much, Jordan? 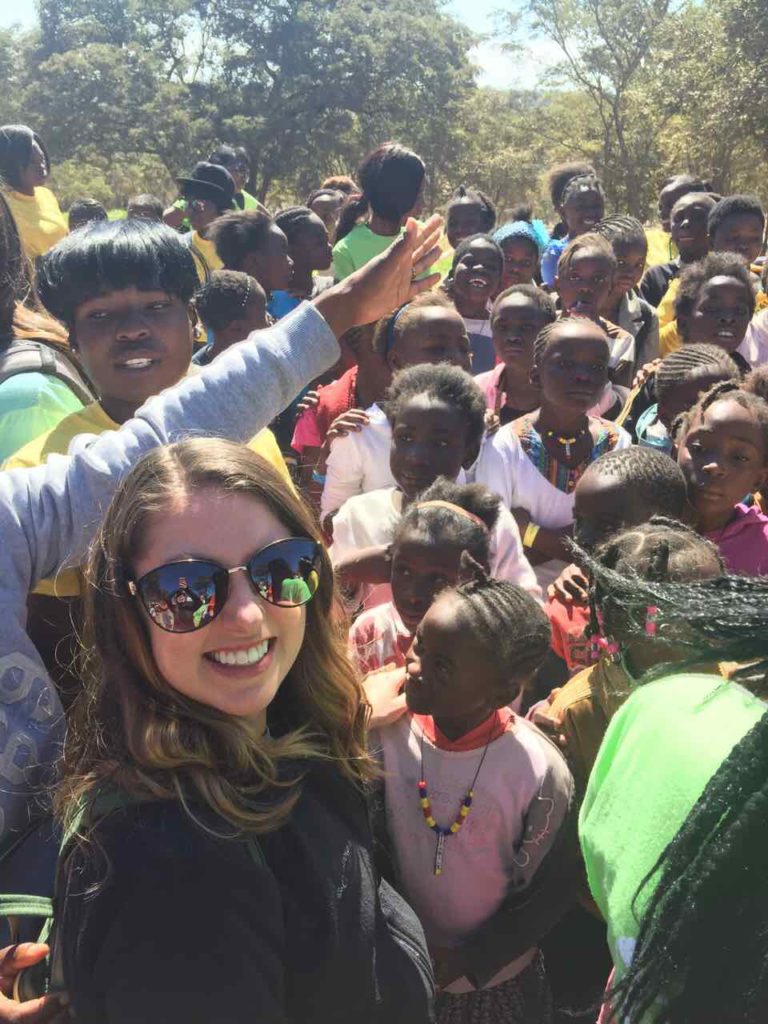 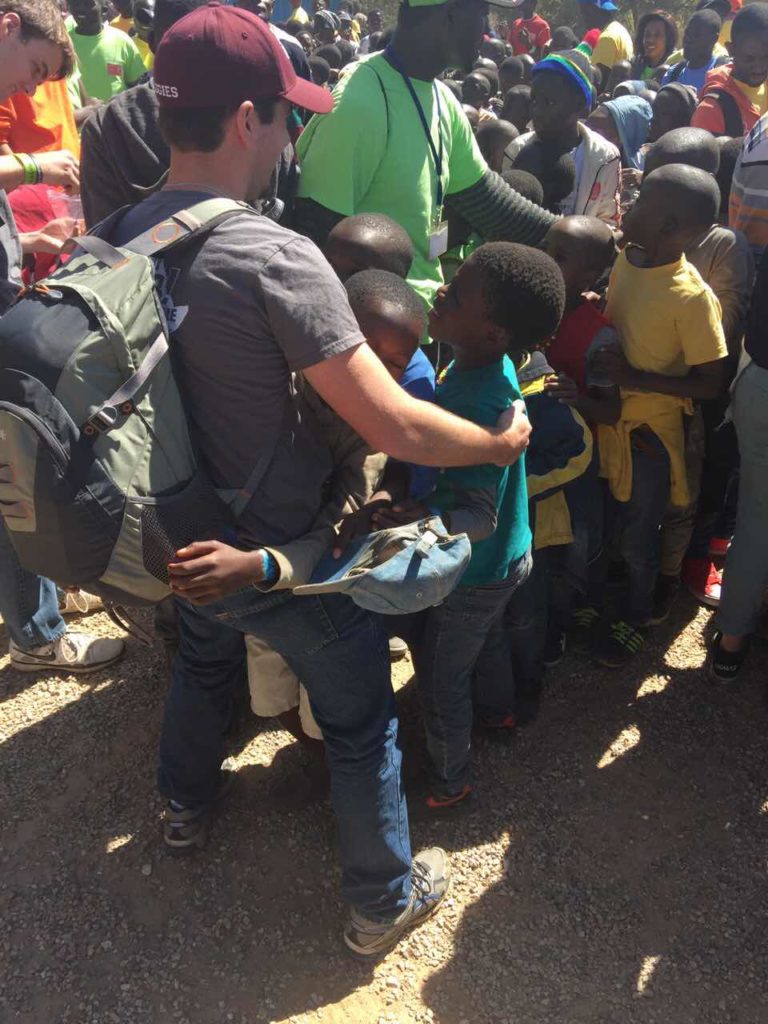 I finally found my Evangelist, Milika, and my 10 girls and they all just rushed to hug me…all of those nerves were gone. They were all so excited to meet me and I was just relieved to get to this point and meet these girls. Camp Life is the highlight of their year and I was going to do my best to give them the best week! My group of girls ranged from 7 to 11 years old. 4 of the girls were in school and 6 were not. I had some shy and quiet girls and some talkative ones. It was a great mix of girls and as the week progressed, they sure came out of their shells more!

I also got to meet my Apostle for the week, Betty. She is a character for sure! She had graduated grade 12 and was interning with Family Legacy for Camp Life. She was at the Tree of Life and has known Mariah for a long time now. Anytime we needed to go somewhere as a group, you can bet Betty is leading our girls in a line with a LOUD song or cheer. It was pretty hilarious and we couldn’t go anywhere without everyone knowing we were coming! 🙂 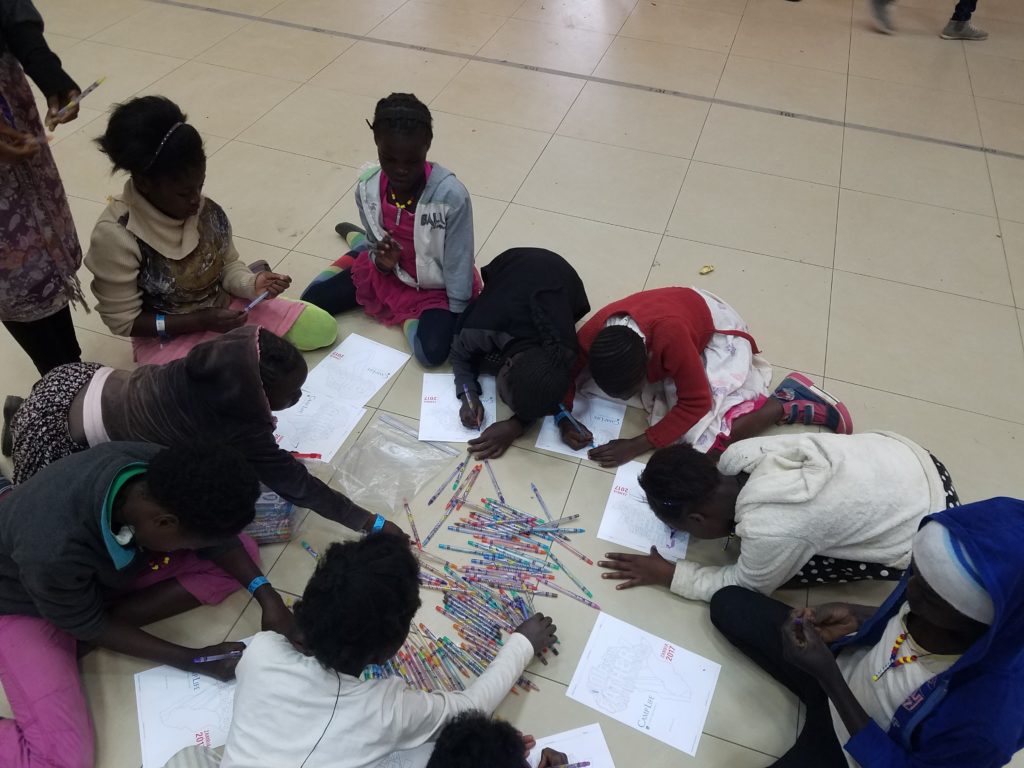 On Tuesday, we had different rotations – Playground Time, Coloring, Pictures, and Blessing Time. Leading up to this week, the thing I was most nervous about was Blessing Time. I was worried I wouldn’t be able to do the right thing or ask the right questions, but the Lord quickly eased those fears and Blessing Time became one of my favorite times. I was able to spend some quality time with each individual girl. I would find out about their home life (some of these were VERY tough to hear), ask them about their likes and hopes for their future, and then I would give them an opportunity to ask me anything. The most common question I got was, “Where am I from?” followed by, “What is Texas like?”. I had a few girls ask, “Can I go home with you?” and that warmed my heart and crushed me at the same time. 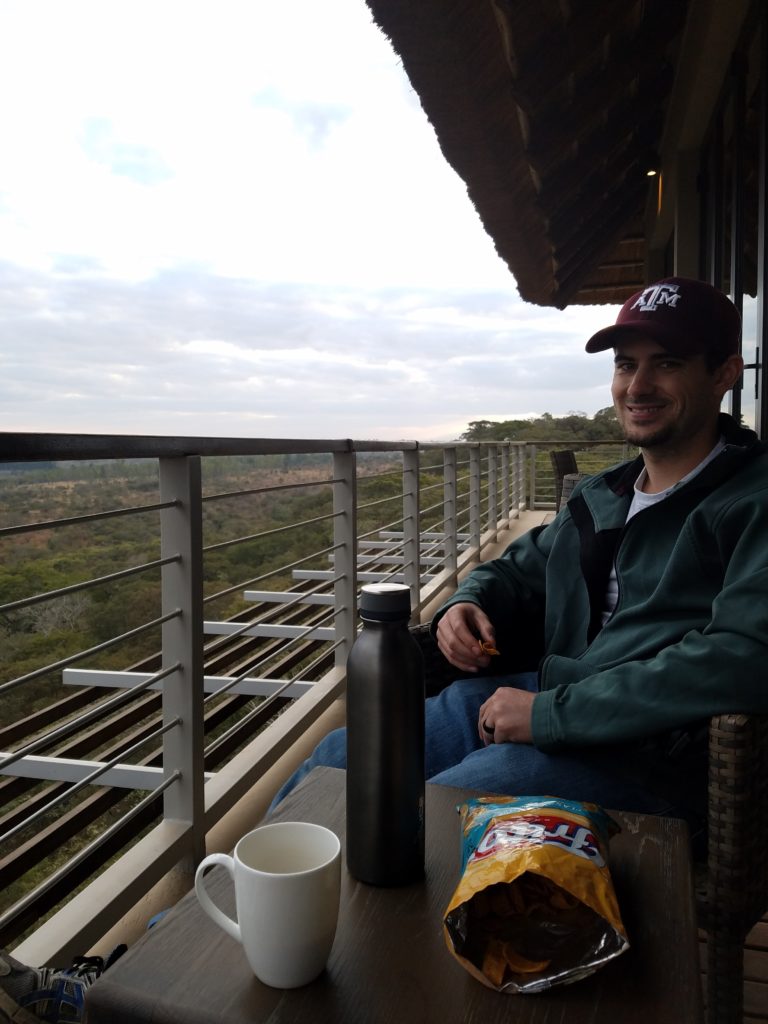 Some of my favorite times would be after the kids had left and we had a little bit of time before dinner. David and I would go up and sit on the balcony with a snack and a cup of coffee and just talk about our day. It was so nice to just enjoy the incredible views, cool weather and fairly decent company. 😉 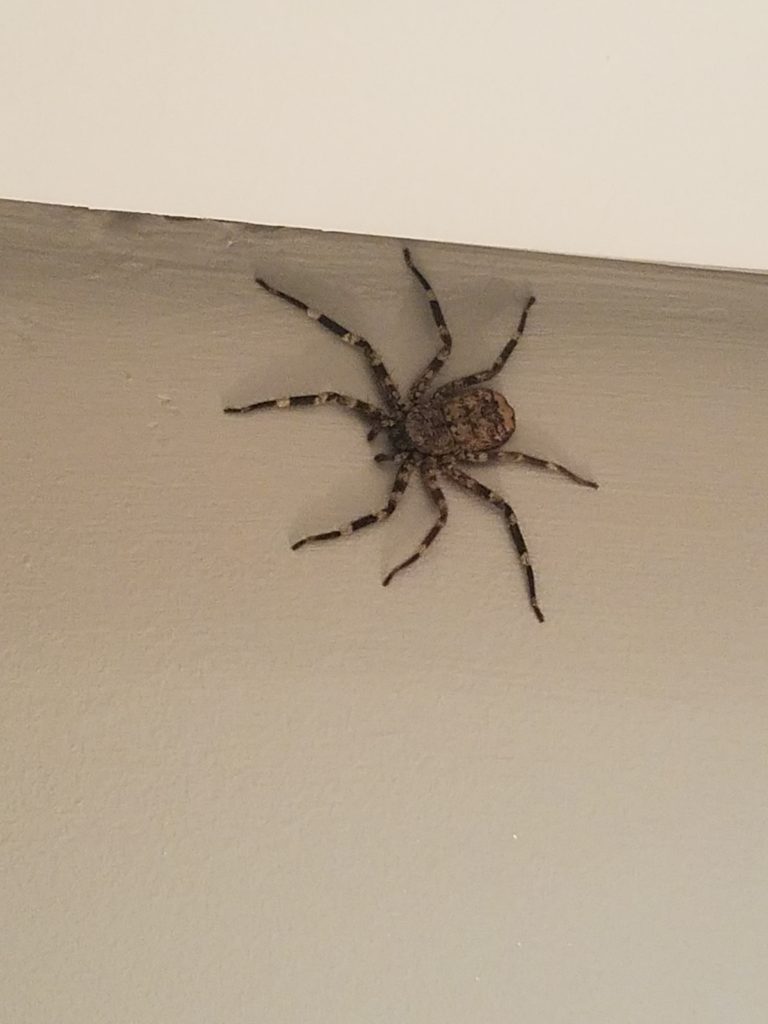 Another one of our nightly visitors while we were there… Out of all of the rooms in the villa, our room was the one with the wildlife. 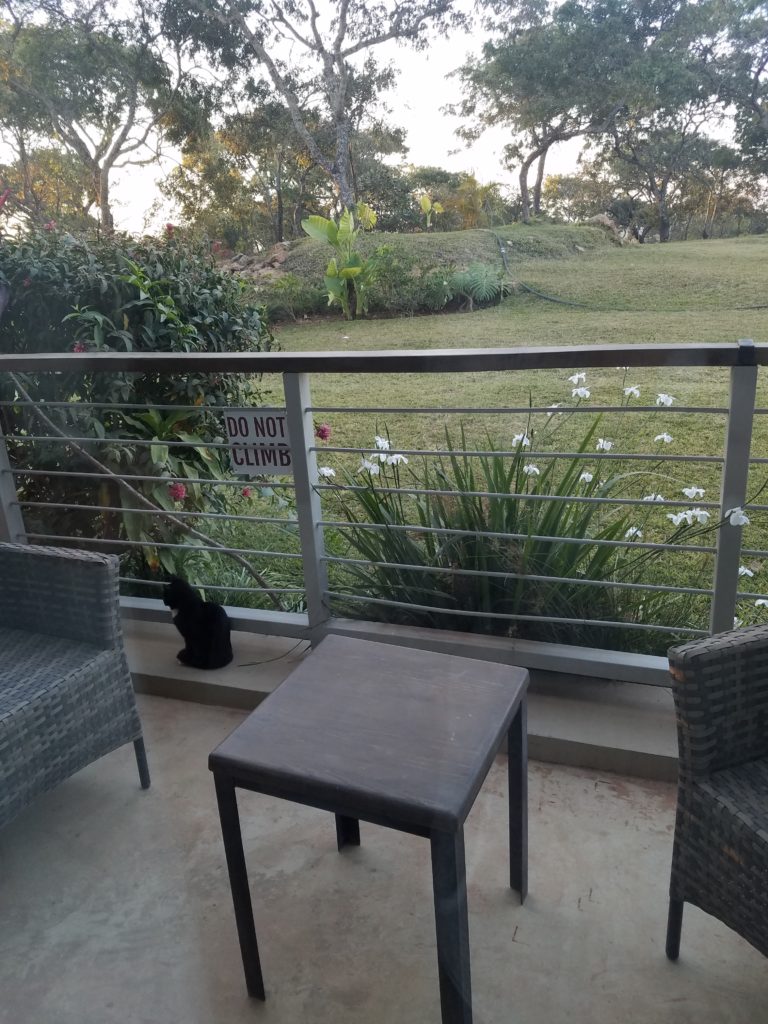 The cat that did not do it’s job that week…since later on in the week we were trying to trap a mouse in our room from 2 AM to 4 AM Thursday Morning and ended up sleeping in the Upper Room of the villa for two nights! The couch was pretty darn comfy… and I can’t really complain with the views or the ceiling! 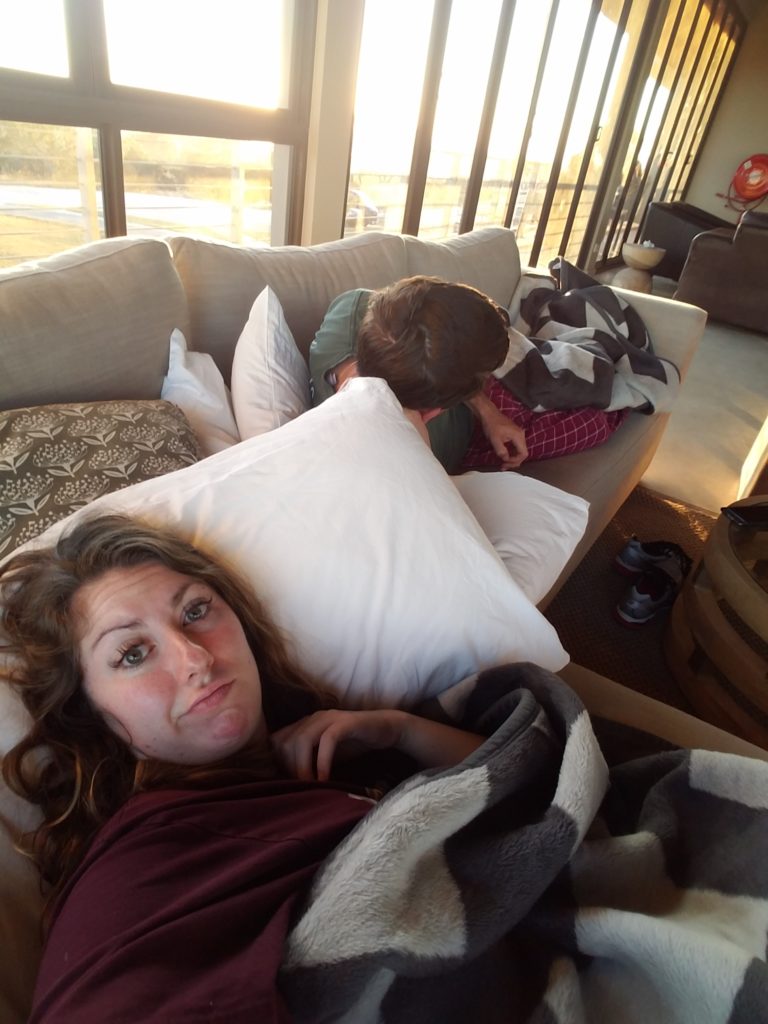 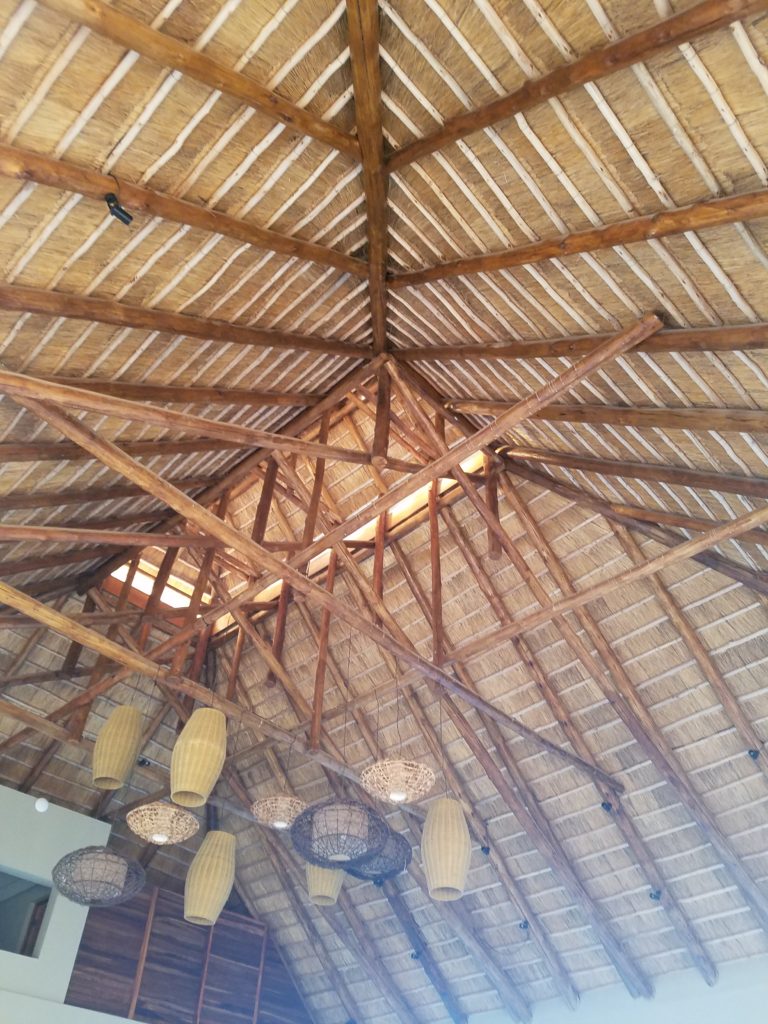 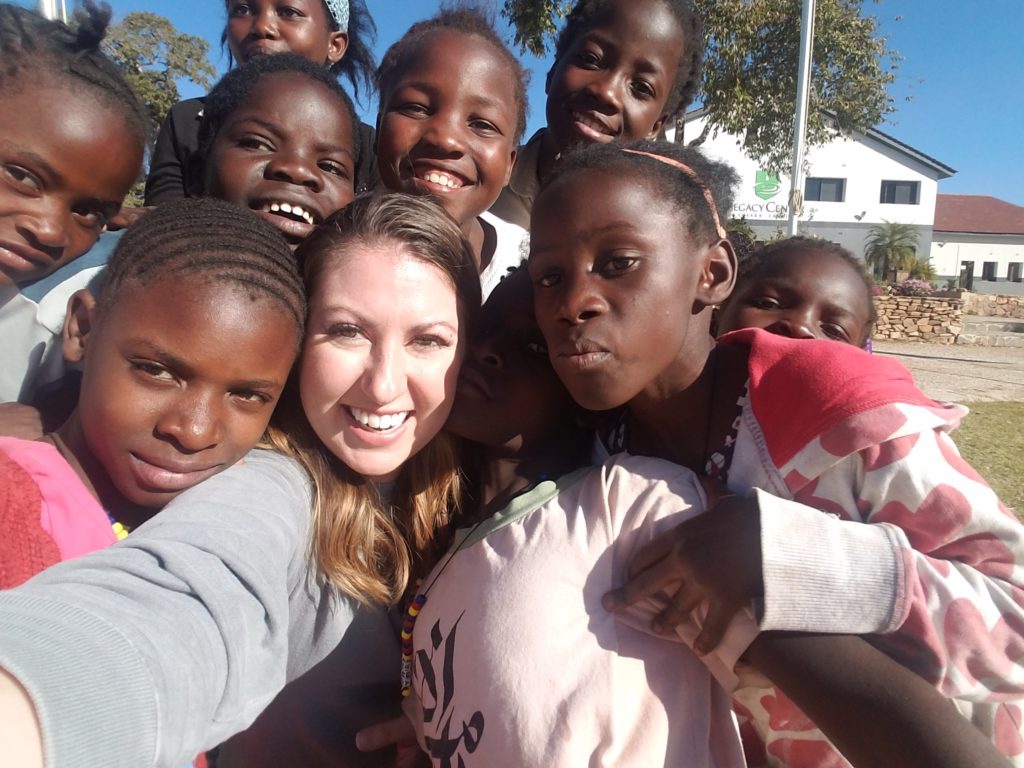 Wednesday was a full day of camp. We played, sang and danced, learned about how God is my Father and He Loves Me (our theme for the week). Our girls also worked on practicing the “Evangecube” – essentially a tool with pictures to help explain the gospel – how Jesus came to earth, died on the cross, was buried and was raised from the dead after 3 days in order to atone for our sins, and the only way to go to heaven is through faith in Jesus Christ. This was preparing us for Thursday when we went out into our kids’ community to evangelize to their own family and neighbors. 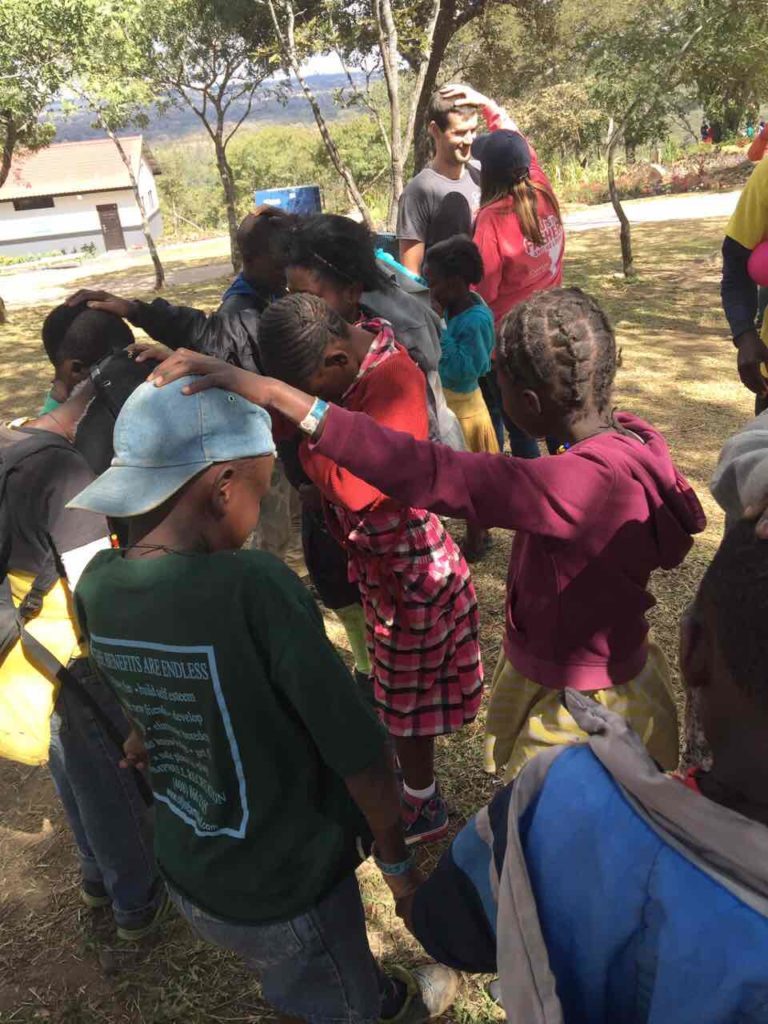 Another thing we did on Wednesday was partner up with David’s group. We had each boy serve one of my girls lunch and David had each of them say, “You are my sister and I honor you.” Um, HOW SWEET?! This was pretty much torture for each of the boys since they are not used to having to do ANYTHING for the girls and they pretty much grow up expecting the women to serve them. In turn, each one of my girls put their hands on the boys heads and prayed for them. This was slightly ill timed since David and his partner were just discussing how the boys should choose a Godly wife and respect her, and the boys thought we were pairing them up with the girl they were supposed to marry! 🙂 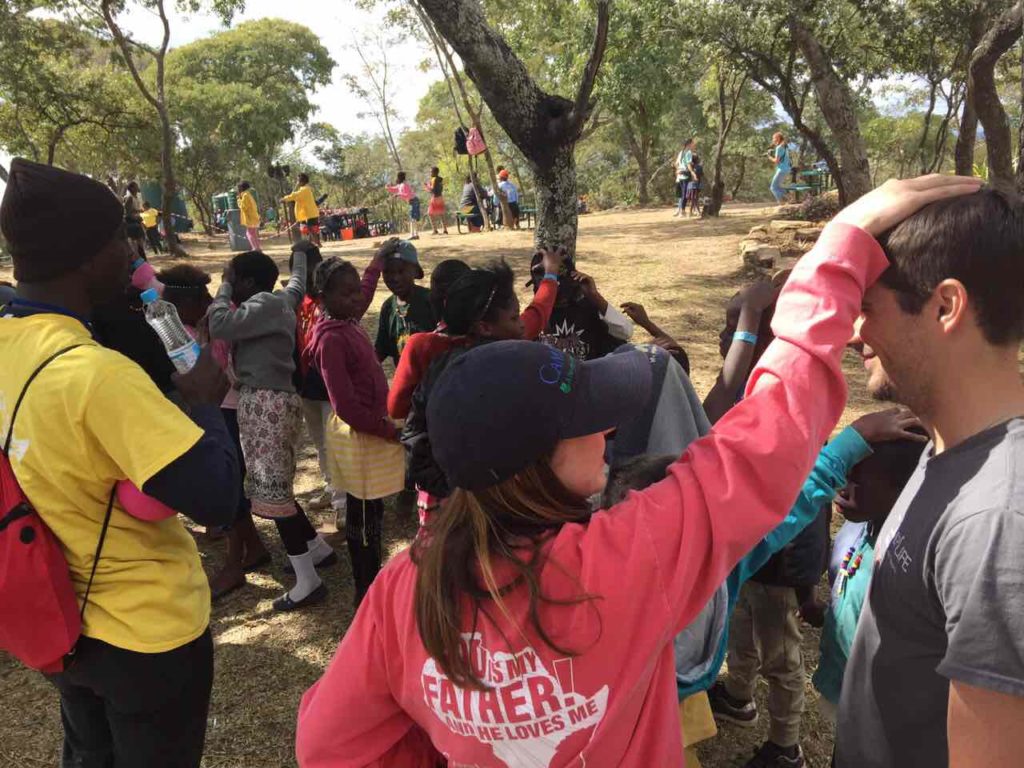 On Wednesdays, we wear pink 🙂 This amazingly was not planned at all… just shows that we really are sisters and are totally in sync! haha 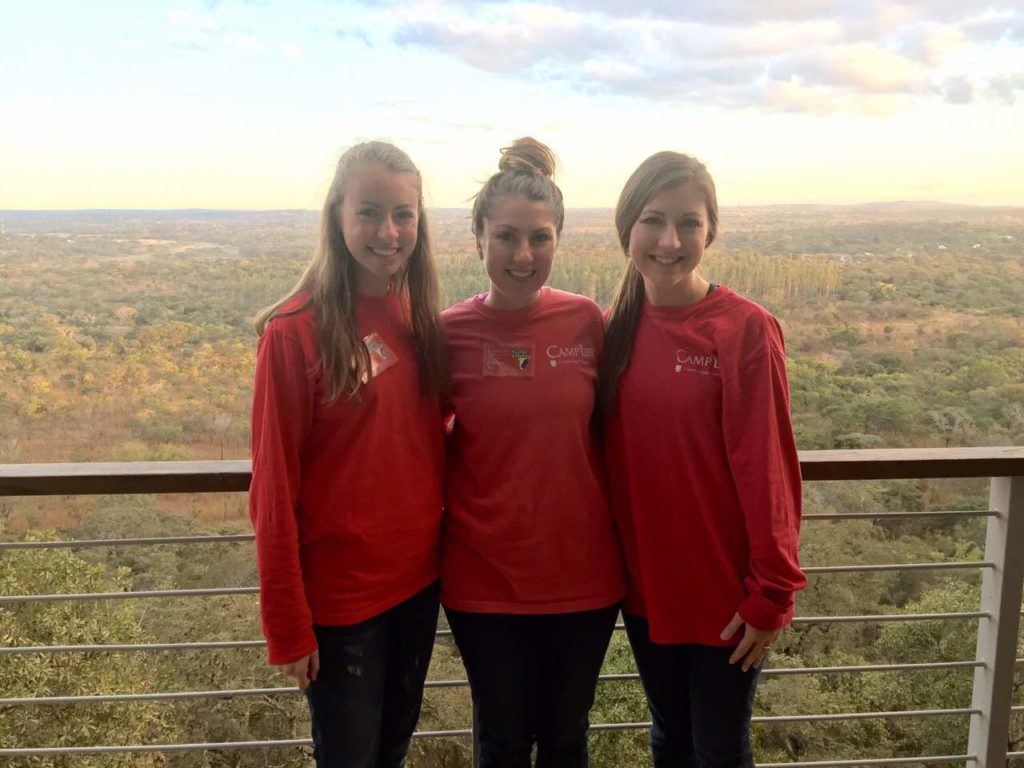 Whew! Well I thought I was going to be able to fit the whole week in one post but I just keep remembering things to write about… so this is it for this post! Check back soon for Posts #3 and #4! 😉